Please join the New Amsterdam History Center for a visit to 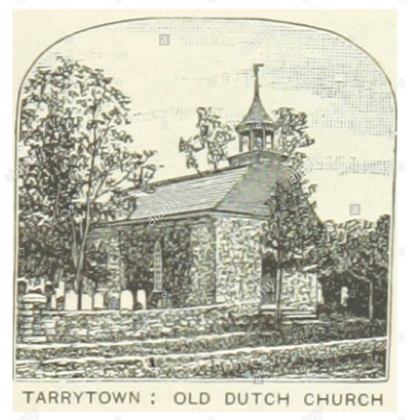 Meeting at Philipsburg Manor Upper Mills Welcome Center at 10:30 AM

$35 per person – includes private tours of Philipsburg Manor, the Burial Ground and the Church and a $10 tax-deductible contribution.

TO RESERVE send an Email to nahceberg@gmail.com or events@newamsterdamhistorycenter.org  or call +1 (212)-874-4702.
Please indicate whether or not you will join the luncheon.
Payment can be made on PayPal or by check mailed to:  New Amsterdam History Center, 1345 Avenue of the Americas, 33rd Floor, New York, NY  10105.

Please consider supporting our programs or becoming a sponsor of one of our upcoming events. To join or donate, visit us at www.newamsterdamhistorycenter.org/support. Phone +1 (212)-874-4702.

Philipsburg Manor Upper Mills is a largely intact historic site located in Sleepy Hollow, New York, twenty miles north of Manhattan and just a 10 minute walk from Metro-North’s Philipse Manor train station.  It is a nationally significant colonial milling and trading complex formerly owned by a Dutch merchant family, the Philipses, operated by enslaved Africans of diverse backgrounds, and farmed by tenant families originally from many parts of Europe.

The Old Dutch Church, built in 1685 and standing across Route 9 from the Manor complex, is the oldest church in New York State and was once part of the Manor.  The Philipses underwrote its construction to attract tenant families to the area, donated ceremonial objects still inside the church, and are buried in the family vault under the floorboards of the church.

Directly adjacent to the church is the Old Dutch Burying Ground, one of America’s oldest burying grounds.  Washington Irving, whose own grave is a few short steps away, immortalized the church and those buried near it in “The Legend of Sleepy Hollow.”  The beautifully preserved gravestones themselves, many of which are written in Dutch, are some of the earliest and most enduring examples of American folk art.  While the earliest legible gravestone is from 1755, the first burials of white settlers at this location may date from as early as 1645.  Some 180 burials occurred here before 1700.  A Native American burial site, as well as another burial ground west of the church for the Philipsburg slaves, also existed nearby.